“Somewhere else, probably in Italy or maybe it’s Bayern Munich, Bayern Munich or maybe even Barcelona, the club that’s extremely successful because they’re all very powerful, very strong, they have good financial support, but… 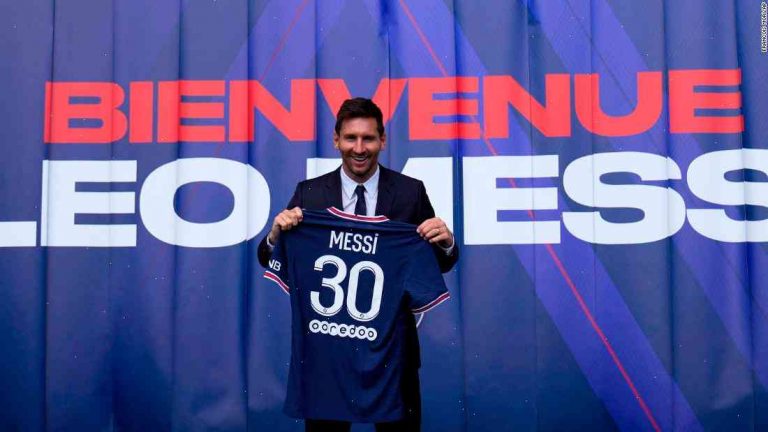 “Somewhere else, probably in Italy or maybe it’s Bayern Munich, Bayern Munich or maybe even Barcelona, the club that’s extremely successful because they’re all very powerful, very strong, they have good financial support, but somewhere else that’s easy to find a good player. For me, in Paris it’s a little bit more difficult to find a player that’s quality.”

In 2012, PSG famously came second to Barcelona. Under Carlo Ancelotti, Paris Saint-Germain won the French Ligue 1 title and advanced to the UEFA Champions League semifinals. Now, five years later, the Ligue 1 champions will attempt to avenge their loss to the Spanish powerhouse in a massive second-leg playoff in the Champions League. Paris Saint-Germain plays the first leg at home, and Los Blancos gets their game at the Parc des Princes.

At an event in New York City ahead of the first leg, ESPN’s Cara Capuano sat down with Barcelona superstar Lionel Messi for an interview with FIFA’s Alexi Lalas. In the Q&A portion of the interview, Capuano asked Messi if the Blaugrana is the most “ideal” team to win the Champions League again.

“I think Paris is the ideal team, that’s why every time we go there we try to win,” said Messi. “If we can’t win, we try to go through by being close to the tie.”

Speaking about competition in the Champions League, Messi was the first player to win the Ballon d’Or in all three of its editions and received MVP in 2009 and 2010, Messi was also the first Argentine to win the prestigious FIFA award for the world’s best player in 2008.

“I think for me the challenge now is to win the Ballon d’Or again and to give credit to (Argentine teammate) Sergio Aguero and (Barcelona teammate) Neymar,” said Messi. “I think the competition has become very, very strong in the last years, so I think that’s one of the challenges that we all want, and we try to win the trophies that we can and try to give the best of ourselves.”

Does space tourism have a place in corporate America?