BY YOUR MUSIC Deion Sanders and the @JSUFootball Band continue to blow up that purple/maroon brand. pic.twitter.com/8ZKgbT7lFD — TigerSportsNinja (@TigerSportsNinja) September 15, 2016 “Deion Sanders is the President” the message is repeated over and… 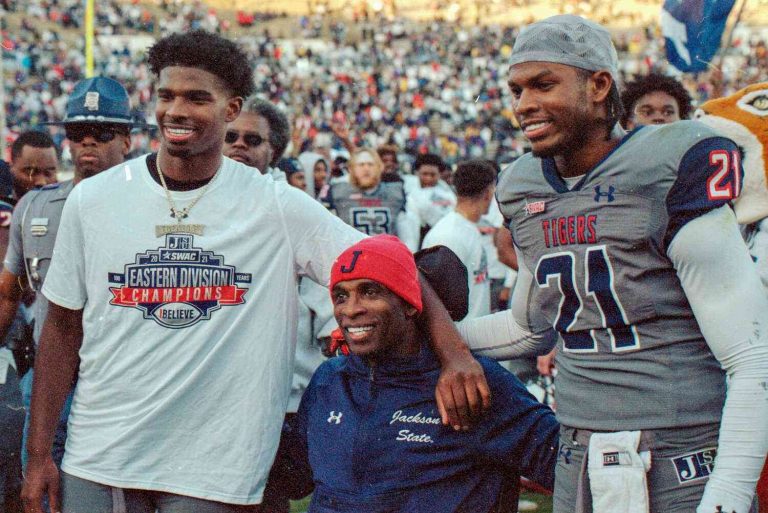 “Deion Sanders is the President” the message is repeated over and over in audiovisual clips and a play on words we really do not need to pay attention to.

But what we have to pay attention to is his leadership skills in terms of leadership and football. He has put together a championship-esque game plan to what may be the second best team on his campus, Jackson State University.

The #2 seed in the SWAC Football Championship game, Jackson State does have a game this Saturday at Troy. Deion, may he be the President, has this game looming at the end of the year and has clearly outlined a game plan. If the strategy works he can push his team to the biggest game of his career which would be the traditional Cotton Bowl game for the national championship against the Oklahoma Sooners, if his team can win.

Deion, we wish you success, we really do. You can help us appreciate your value and may you lead them towards a national championship, a national title!

Simon Lyons is a commentator at Sinclair Station Group and a US Army Veteran. He can be reached at [email protected]