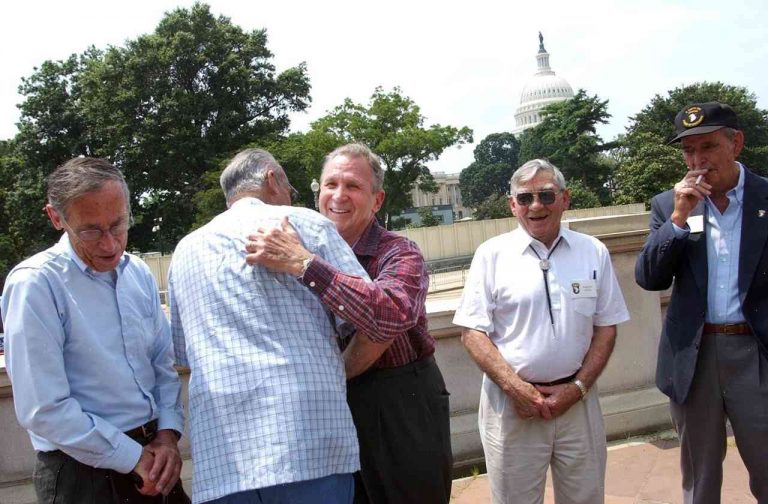 Edward Shames, a retired Major-General and last officer from the famous World War II “Band of Brothers”, has died aged 99.

Born in 1905 and later a lawyer, Shames fought alongside supreme allied commander Dwight Eisenhower and others in northern France as troops dug trenches.

His death was announced on the website of his primary school in Oxfordshire.

The death of Shames means the last “Band of Brothers” from the American army is now all but extinct.

Shames joined up with his brother in 1915 after a spell as a cadet in Oxford University.

After three years fighting in France, Belgium and Germany, he was commissioned as a Second Lieutenant.

He worked as a command surgeon and an assistant surgeon commanding before being promoted to captain and promoted to major-general.

He was promoted to lieutenant-general and sent to command the 60th US Division, some of the most hardened soldiers of the war, in Northern France, in September 1944.

More from the BBC

On 8 May 1944, he was called to the radio station to tell Americans to leave the beaches of Normandy or face death, a telephone call for which he later recalled hearing his own name in the fullness of time.

He returned to France in September and took command of the division in northern France from October, while General Patton’s Third Army moved south in preparation for the Battle of the Bulge.

In early 1945, after the Battle of the Bulge, he went on to become commander of the court martial unit.

He retired from the army in 1948 and was appointed a judge at the Old Bailey for several years.

His family said Shames retired from the bar of England in 1971, at the age of 57, and continued to carry out legal aid cases.

After becoming a civil servant in the Department of Justice, he later served as director of the Association of Chief Police Officers’ Criminal Law Committee.

He was made Lord Lieutenant of Oxfordshire and he later served as a Labour member of the House of Lords.

Follow the history of the Second World War with the BBC’s War Hour service on Radio 4 and BBC iPlayer.

Events to watch: Keanu Reeves, Trump summit and best of the weekend