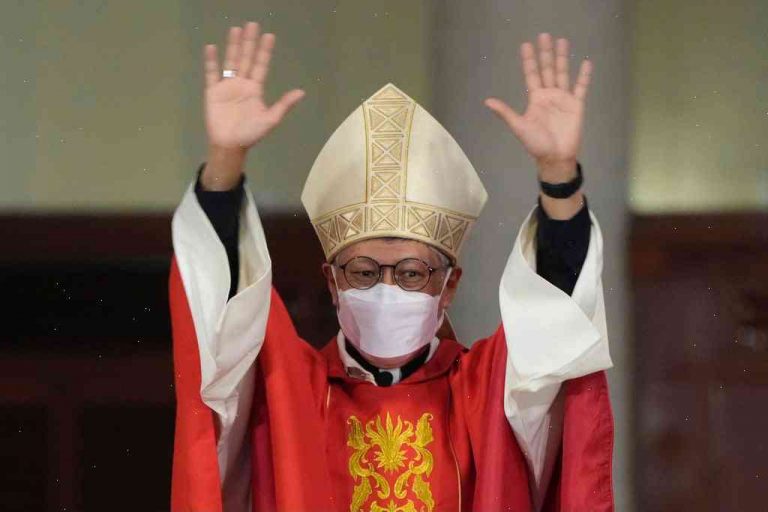 Eric Ho, Hong Kong’s new Catholic bishop, says he wants to forge a new relationship between the church and society after four decades of a pro-democracy backlash.

Bishop Ho, who took the role this month, was born in a Hong Kong Catholic church bombed during protests against British rule in the 1970s.

These were sparked by growing Beijing influence over Hong Kong, which returned to Chinese rule in 1997.

Pope Francis has encouraged Taiwan’s government to stand with Beijing’s call for unification.

Bishop Ho has said that he hopes to bring Catholics and other people in Hong Kong together again.

The new bishop will be the fifth in history to serve the Catholic church in Hong Kong.

He grew up in a pre-1979 church under heavy surveillance, and in recent years has worked as a journalist and adviser to Hong Kong’s top official.

He has met Pope Francis more than 50 times, during which he reportedly asked for access to the Vatican-controlled Vatican newspaper L’Osservatore Romano.

The Vatican hand-picked him after Pope Francis had the first-ever meeting between a Chinese and Vatican bishop in March this year.

Hong Kong’s Catholic community is mostly ethnic Chinese, and for years Catholics had been at odds with Beijing over the territory’s future.

Bishop Ho met with the pope to discuss two of his priorities: promoting traditional values, and furthering the city’s Catholic church.

“We must not be divided or isolated, and promote harmony among all people in Hong Kong,” he said at his ordination.

“As human beings we all must strive to continue praying and working together as we seek peaceful coexistence and harmony in our society.”

Bishop Ho has been speaking out strongly against China’s “one country, two systems” policy that calls for Hong Kong to retain a high degree of autonomy while keeping control over its economy and culture.

And Bishop Ho said his pro-democracy work would continue.

Hong Kong’s colonial ruler was very conscious of how it handled this sensitive issue, which many people in the city viewed as an affront to their autonomy.

But since British control ended, any opposition or obstruction by citizens has resulted in harsh treatment from the local Communist Party, and a subsequent backlash.

About 1,200 Catholics showed up to watch his ordination at Victoria Park in Hong Kong.

The senior figure at the ceremony, as well as a member of Hong Kong’s government who is helping Pope Francis prepare for the next round of talks in Beijing, was Sir Edward Lai, the former British governor of Hong Kong.

Sir Edward helped co-ordinate negotiations with Hong Kong’s representatives on mainland relations before and after the handover in 1997.