Three months after some men stole the goat from a Navy base, whereupon the goats ratted out the thieves, two more “trophy” goats have vanished from the Seawolf Range. The station Facebook page, Seawolf… 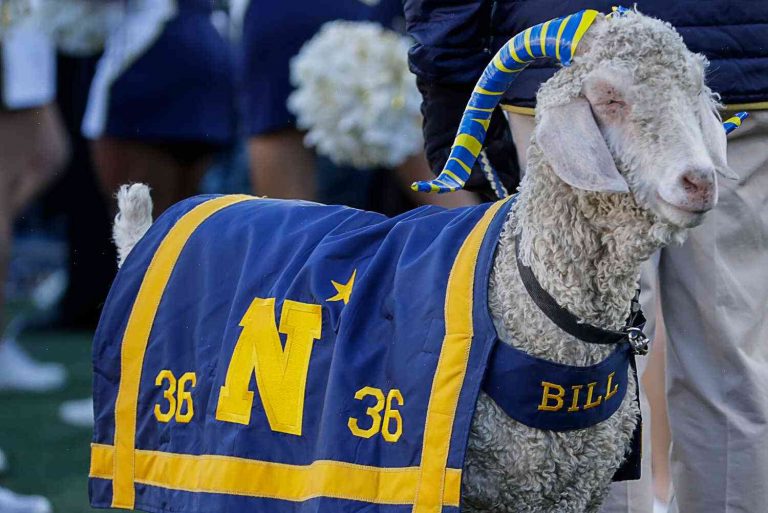 Three months after some men stole the goat from a Navy base, whereupon the goats ratted out the thieves, two more “trophy” goats have vanished from the Seawolf Range.

Today, on the morning of June 21, 2015, we lost two goats from the Seawolf Range: Heather, a 1,1/2 year old Gila Elk, and Kyle, a 1-month old Gila Elk, who was attacked by a coyote in the South Range and has been in our care ever since. Both were familiar to the Area and our Sailor community, and had hundreds of thousands of Facebook followers, as well as many who visited daily to visit their individual members. We would like to extend our deepest sympathies to the two families who lost their herd members this morning.

It sounds as if the original thieves, who were caught in the act on security camera footage, will be facing even stiffer charges this time.

Meanwhile, Kyle’s replacement is awaiting induction into the Army National Guard. However, to see the new goat:

So are these goats on the run, or just at the mercy of a predator?

According to the Seawolf Range Facebook page, the new goat might have been the last official member of the Seawolf Goat Ecolodge for a bit.

“Randy’s living quarters on the South Range are now also occupied by an L.E.K. Rangers, so we’re hopeful that he can grab an early morning run,” the post said.

As for the others who ran off with the original goats, it’s probably safe to say a few of them are living the good life right now in real estate.

Calls for Shen Yun to be allowed in Beijing