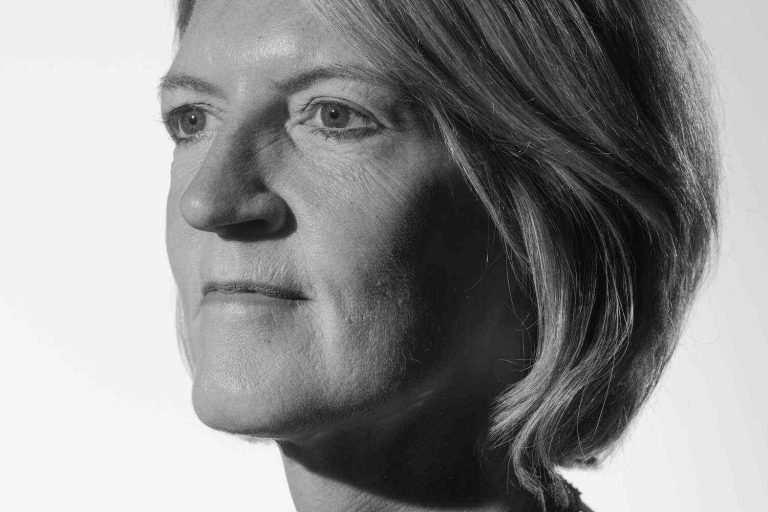 ( CNN ) — More than three decades before she became chief executive of long-time Jones Soda Co. parent company Land O’ Lakes Co., Beth Ford headed a non-profit focusing on sanitation in Louisiana that she grew to include a larger mission of community-based development and good governance.

A photograph from 1986 shows Ford, then the acting executive director of the Louisiana Affordable Housing Authority, taking on the chore of doing the menial but very important job of opening the kitchen sink — not her favorite part of the job.

Ford used the job, and an early role as a volunteer in late-20th-century Appalachia, to learn from the work. She also got to know her new home — Missouri — where she would join husband, Brett, who was serving a college term in the mid-1960s as professor of chemistry at Missouri-St. Louis University.

A young biracial couple who met while working in poor inner city areas and moved to rural Missouri, Brett and Beth Ford (whose family now lives in Michigan) were married in 1969, had two children and moved to Chicago where Brett Ford, the longtime Detroit News reporter, began a reporting career in 1968.

In the early 1970s the couple moved to a health and education ministry, where they continued to work together — helping children in Chicago public schools. By the late 1970s Ford was working as an executive for the Michigan Department of Education in a position that sent her to rural Arkansas and later to Gladewater, Texas — to work with African-American, Hispanic and Indian families in a neighborhood development.

In her latter years Ford moved to Louisiana where she would work as executive director of the Louisiana Affordable Housing Authority in New Orleans.

It wasn’t all plain sailing. Earlier that year, in the midst of Hurricane Katrina, Ford was alerted that the foundation had damaged some equipment and was unable to continue basic operations. At least some of it had to be thrown out, so she began making her move to help.

By the time Land O’ Lakes was facing bankruptcy in 1985, it was armed with a new parent company and $66 million in investors that allowed it to resume operations.

Under Ford’s leadership, Jones Soda co-founder Beth Giustra and lead investor Walter Dykema began taking legal and moral stands to help stop the guano “high” by New Orleans’ sewer systems from making its way into the city’s drinking water. Ford had to navigate the bureaucratic ramifications of getting sewage and dirty drinking water side by side for the public to understand, says D h e c s, a “Dirty Dozen” report by the Center for Public Integrity.

The result was a plant that turned raw sewage directly into confectionery-grade sugar and hard candy and created recycling centers to get the raw sewage out of the plant and into the city’s drinking water.

After accepting Land O’ Lakes’ buyout, Ford took over as CEO of Jones Soda in 1996 and streamlined the company’s operational leadership team and raised corporate profits 15% that year, according to the Center for Public Integrity report. Ford resigned her role as CEO in 1997 and at the same time sold Jones Soda to Coca-Cola.

“As a soldier, and then a CEO, I’ve seen some of the toughest times of my life in the field, running a crisis center while teaching a young paratrooper,” she says in the article. “And then when you come back, you realize that there’s a lot more to the story than an easy victory.”

“Beth is the embodiment of what Land O’ Lakes believes,” said Jorgen Christensen, vice president and chief strategy officer at Land O’ Lakes, in a statement. “She is a leading businesswoman with a deep understanding of how the social sector can be an engine for transformational change in communities where it is most needed. And she has a strong heart, a servant’s heart, and a woman’s heart. That is the gene that will help shape Land O’ Lakes into the kind of company and the kind of corporate citizen that society expects of all corporations, especially ones of this kind.”