Woman finds wedding ring she ‘buried in a potato field’

Video Following the treasured family wedding ring, we invited women who’d lost an item for a complete restoration A Halifax woman who lost her wedding ring in a potato patch 50 years ago found… 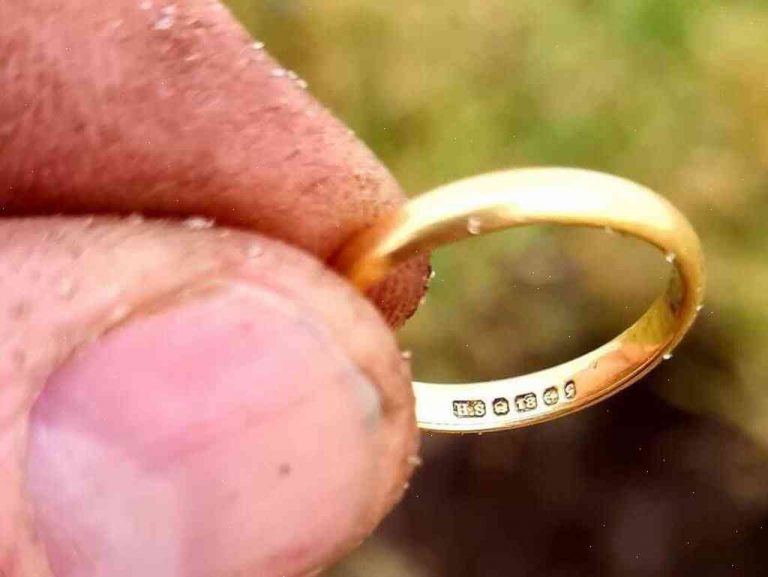 A Halifax woman who lost her wedding ring in a potato patch 50 years ago found it when “chopping potatoes”.

Merrin Lillies, of the Blackfen area of the city, lost her ring at a wedding party in 1963.

“I actually got down and crawled under it for a good day, a half hour-and-a-half,” said Mrs Lillies.

“I took it off, I wanted to see what it looked like, and I thought, ‘Oh, I like that one’, so I went and looked at it from the front.

“I knew it was mine then, ’cause the diamond looked the same – the only difference is that it’s at a bit of a younger age. It looks like I’d been under it a bit.”

“They’re one of a kind, and if they were to be lost, I’d rather they be my fingers – and then they look exactly like my fingers.

“When I put it on the hands of my daughter, we thought it was incredible. It looked really white, it looked perfect.”

Mrs Lillies found the ring – which appears to have been altered slightly – during the summer and is now considering making a website to highlight the absolute joy of finding lost jewellery.

She has also decided to stop wearing the ring entirely so that it can be restored to its former glory.

“It was a wee bit emotional,” she said.

“I cried a little bit, just because I am over the moon.

“But it also happened to somebody else, and somebody else got another ring, so I’m happy that at least one person is getting their finger back.

“It will be a thing that they can look at forever, and my little finger might be too.”

Are you actually storing your things on the sidewalk?