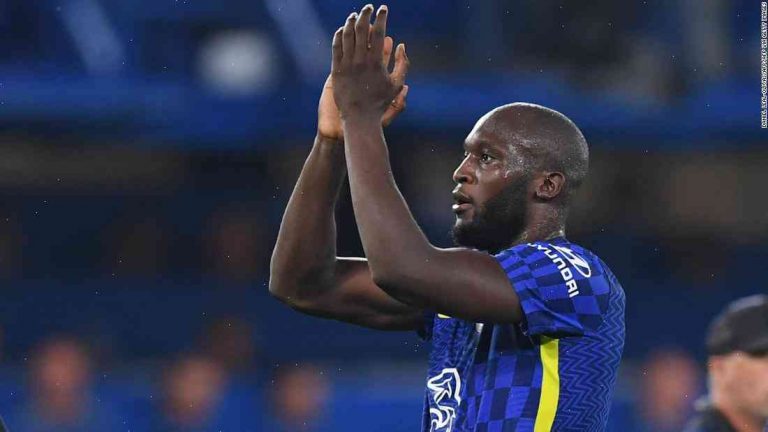 Lukaku, 23, criticised comments made by Hawthorns boss Tony Pulis about him being “a number nine who plays like an 11”.

In the same interview Pulis criticised black players as being “full of themselves and self-obsessed”.

West Brom will sack Pulis if they go down this season.

“Most people don’t have too much contact with football, but when it comes to social media it’s all they see,” said Lukaku.

“I think everybody should be on top of their game and understand the position they are in.

“I think if you understand football better, you should be looking at the situation and trying to do a better job.

Pulis, 62, has been at his post for 22 years and has the most managerial wins in Premier League history.

West Brom owner John Williams has said he will listen to offers for Pulis, but added the club will not be “disappointing our supporters” by sacking the coach.

‘John Williams needs to stay here for many, many years’

If West Brom do drop into the Championship, it would be their first time in the bottom division since 1984-85.

And with owner Williams and manager Pulis having signed contracts running into 2021, manager Lukaku believes Williams should be given a new deal.

He said: “I’m sure John Williams has been in the Premier League for many years.

“I think everybody has to be a Premier League manager and has to be looking forward to staying there for many, many years.

“Hopefully the managers and the owners will listen to me.”