Image copyright EPA Image caption After 45 years, the Egypt-Israel border crossing reopened on Saturday Enlarge Image It was a moment to celebrate in Egypt, which has reopened a road which had been closed… 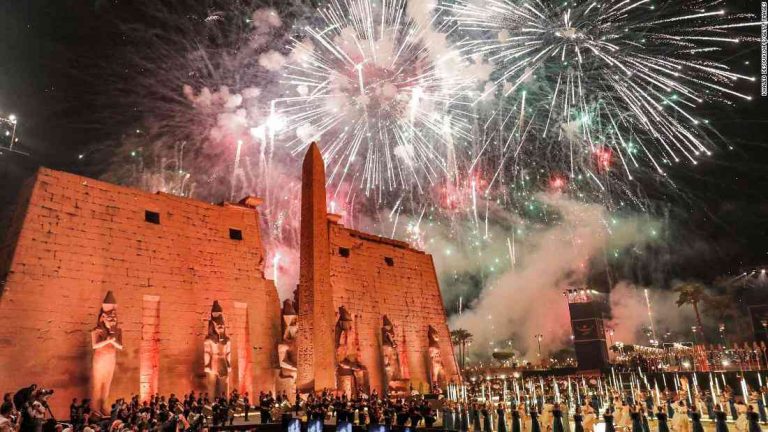 It was a moment to celebrate in Egypt, which has reopened a road which had been closed for nearly half a century.

The Avenue of the Sphinxes, a long drive which snakes across 2,200m (7,870ft) of the Nile south of Cairo, has been brought back to life.

Drivers and tourists can now enjoy taking in the pretty crowds of statues that appear alongside the highway.

It was shut down in the early 1970s because of fears over terrorism.

In 1973 Egypt broke off diplomatic relations with Israel after the Yom Kippur War and started bartering its holy places for peace.

The Avenue of the Sphinxes was one of the few trade routes between Egypt and the Jewish state.

In 1993, the secular authorities were elected in Egypt and shut the road down.

But it reopened under the new president Abdel Fattah al-Sisi in 2014, and is now a major tourist draw.

Some of Egypt’s ancient treasures had survived the road closure, though it did mean the passing of time in the Middle East had stripped some of the statues of their original detail.