It’s no secret that Colombia has had its fair share of problems in recent years. Its drug trade and violence have ruined lives and contributed to numerous cases of trafficking in humans, land and… 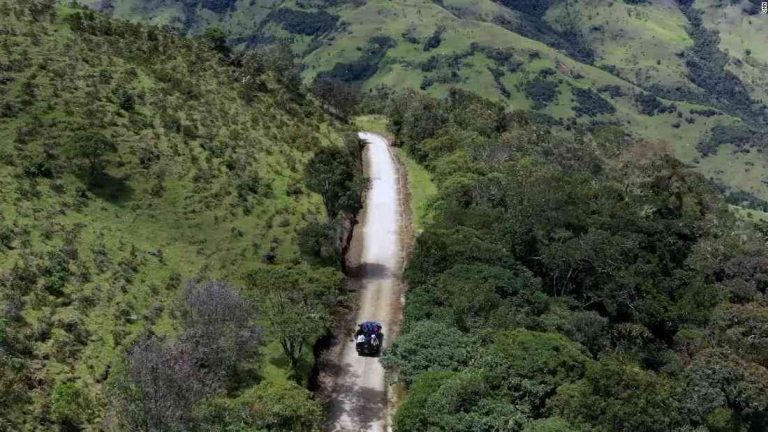 It’s no secret that Colombia has had its fair share of problems in recent years. Its drug trade and violence have ruined lives and contributed to numerous cases of trafficking in humans, land and other property. There are more than 220,000 registered FARC-ELN guerrillas, more than 90,000 violent land claimants and thousands of internally displaced people. The relatively high rates of sexual abuse, including the 1998 murder of 11 female university students and activists and the paramilitary massacres of even greater numbers, indicates that its government has a long way to go. If Colombia is to live up to the huge potential its multinational and indigenous communities have, the transitional justice process it began in 2016 is needed even more.

But an even greater, and potentially more worrying, problem lies ahead for the country. Natural resources, land and forest are the main sources of its wealth. And in an increasingly low-carbon economy, the control of such resources by multinational corporations is expected to grow. Many Colombians are anxious about the impact that these resources could have on their lives, but are somewhat powerless to stop it. So it is no surprise that grassroots environmental activists, who make up about 40 percent of Colombia’s population, have begun to feel under threat. They have put up a fight, and succeeded in pushing Coca-Cola to withdraw an application to build a proposed bottling plant. They have also succeeded in disrupting major mining projects and reducing the emissions by one of the world’s largest thermal power stations. The struggle is about exercising their rights.

From the early days of the country’s transition to democracy and modernity, progressive indigenous movements have voiced their deep suspicion of exploitation and their deep respect for nature. The discovery of mineral resources, spurred by the Spanish conquest and the US-backed military forces of the 19th and 20th centuries, drove destruction of their lands. Like so many places in the world, the mining and logging industries have begun to gobble up tracts of land left unoccupied by vast swathes of indigenous and Afro-Colombian communities. Pressure from transnationals on natural resources has led to the conversion of forests, rivers and other natural resources that indigenous communities have called home for centuries.

There is certainly no doubt that indigenous groups have legitimate concerns about ongoing mining projects, where the aim is to exploit their “strategic” lands for profit. Coca-Cola has set up an observatory to safeguard the tribe’s rights, but many are sceptical. For many, the “less is more” mantra doesn’t apply when it comes to its environmental practices. Despite the US State Department recognising the importance of protecting the environment, and despite warnings by Colombia’s Ministry of the Environment, the local company Hydrocarbon S.A. plans to work with heavy machinery and even machines powered by diesel to dig new wells in the Patuna region of Norte de Santander province. Ethical campaigners have warned that the project poses a risk to species such as the Moroga ningo, a carnivorous forest fish. Some 16 eco-warriors set up a roadblock in the company’s home town, Cartagena, in order to block access to the site. They succeeded in blocking off most of the access road to the construction area in September, blocking the machinery for six days until they were evicted by police who fired tear gas into the air to disperse them.

Three soldiers were killed in the incident, and the company lost its right to develop the mine. However, in a sign of the precarious situation facing activists, Coca-Cola has since resubmitted the planning document that has been submitted to regional authorities in Santander. According to the company, the application process will be speeded up as the first phase will take just one month. The use of fossil fuels and the desire to grow food is a major part of the local economy in the region, which is why the worry is that this development will cause catastrophic environmental damage. It may be a long time before it is really possible to put a brake on the use of fossil fuels, and if it’s going to be feasible to prevent the damage that it does to the land, the government and many members of the Colombian community must find a way to prevent it happening. If the cycle of destruction and environmental degradation continues, it’s hard to see how the flow of income from mining projects can be stopped, and that in turn may mean more indigenous people become even more committed to protecting the environment.