Venezuela: Voters May Get Referendum on Citizenship

Venezuela: Voting by proxy. H. Jack Geringer’s SPOTLIGHT report. Protests over a candidate’s disqualification have been underway in Venezuela over the past few days as left-wing sympathizers and election observers have staged demonstrations at… 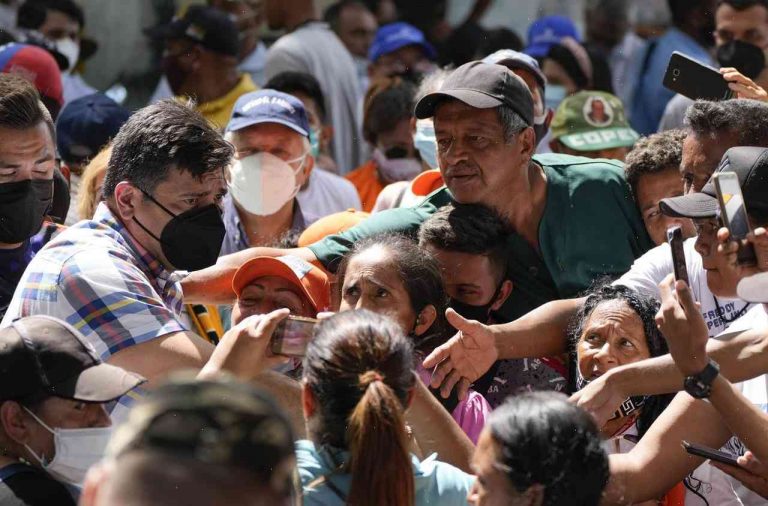 Protests over a candidate’s disqualification have been underway in Venezuela over the past few days as left-wing sympathizers and election observers have staged demonstrations at congressional candidate Celso Godoy’s campaign headquarters in Caracas.

Venezuela’s electoral authority, the CNE, stated on Friday that Godoy’s campaign was disqualified from competing in upcoming legislative elections scheduled for August 20, as he held dual citizenship in the United States, which Venezuela has not recognized as a sovereign nation.

A spokesperson for Godoy’s campaign announced that he had been disqualified from taking part in Venezuela’s National Constituent Assembly elections.

The CNE announced that it would ban Godoy from holding office because of his failure to leave Venezuela following an election that left president Nicolas Maduro in power. However, CNE head Tibisay Lucena denied that the Venezuelan electoral body had ordered Godoy to leave the country following Maduro’s election in 2013, and said it was Godoy who hadn’t left.

Lucena said the CNE had been trying to reach Godoy to see if he would leave the country, but that Godoy had responded to “negative responses” that the electoral body had received.

Venezuela’s Supreme Court has also stated that Godoy should be banned from running in the upcoming elections after a court in New York City put in a court order asking Venezuela to accept a court decision that imposed conditions on Godoy’s return. The court in New York City is composed of judges from the International District Court for the Southern District of New York.

In spite of official government accusations that the CNE is planning to rig the elections in favor of the government, the CNE has called a poll for Friday, April 27, where the public will vote in a referendum on whether Godoy should be eligible to run in the elections.

Election observers from the Carter Center and other Western countries have voiced their support for a limited legal solution for the country’s situation, which has been described as the worst humanitarian crisis in the world.

The Venezuelan government has reportedly said that its higher administrative authorities will announce the CNE’s final decisions on Thursday, April 26.

About 1.3 million Venezuelans left the country between 2015 and 2016 as a result of the crippling economic crisis, and over half of those left were children under the age of 18. A total of two million people have left since 2003.