Swansea Theguardian With fewer performances and no ‘adorable little lambs’ ‘The Nutcracker’ returns in person to local stages Hobbled by the battered legs of a legless rat, Marie Claire Rampling, an ultra-rich tot who… 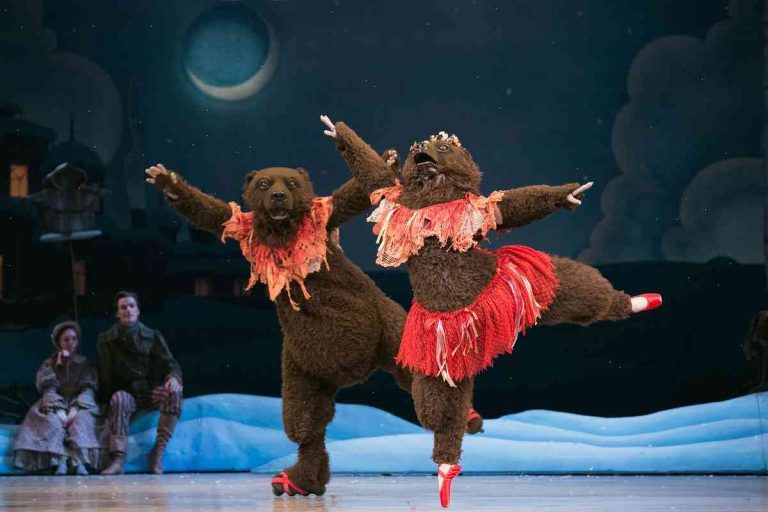 Hobbled by the battered legs of a legless rat, Marie Claire Rampling, an ultra-rich tot who has been betrothed to a conniving army of puppets, is my favourite character in this brilliantly imagined version of the Dickensian Charlie and the Chocolate Factory.

She joins three other wealthy parents to fight for the affections of their four children in Peter Wylie’s play. The Christian owners of this opulent farmhouse in Northumberland are prepared to drop their merciless matchmaking to obtain a child who, at best, is just one in a 100 million.

All Christian fathers are portrayed as gold-diggers and it seems their hatred of vegetables and too much chocolate is enhanced by the absence of human mothers to cuddle up to.

Peter Wylie’s production, in the basement of the Page House in Swansea, doesn’t pretend that there is anything “real” about the action, but one detects moments of great truth.

Betrayal by a disembodied head is told by a hunchbacked pair of performers in the River Stage.

The stage is lit in harsh harshness by John Schiasek, but this highly theatrical production gives equal space to every character and portrays emotion in fashionably cutting strokes.

Ennio Morricone’s score, rehashed by a band that executes an exemplary all-instrument playing, is the perfect accompaniment for Wylie’s coarse, handmade story.

The action is rapid and neatly interspersed with rousing passages that perfect the kind of populist celebration of family values that Gordon Brown attempted with his 2003 campaign slogan: “This is our moment. It is time for Britain to lead.”

Paul Cook and Ingeborg Sasmans as the siblings Herbert and Grace, left, and Roseman Perkins as Martha. Photograph: Colin Hutton

A preview of this show for children prompted a heartfelt response. Many of those writing to the Guardian were children of the performers and children saw stage play for the first time in a cultural event: “I can now tell my siblings, little sister, four cousins and my nan that there are other kids like me.”

Performing is tough. Yet at the Cyprus Park, Swansea, it is a joy to see the adult performers as well. Paul Cook is a perfect cast member as Solomon, the debonair Lord of Grantham of Downton Abbey, Alan Gale is his patron butler butler Bates and Ingeborg Sasmans slips into the garish flamboyance of Grantham’s dinner jacket as Martha.

Swansea’s capital city steps up its festive season of feasting with the arrival of Proving Ground on 1 May.

Clement Stone’s operatic extravaganza, which features choral pieces, woodwind and brass, is performed live by more than 250 performers and is billed as “musical diversity and scale and power wrapped into one spectacular”.

The 150-plus piece score is spread over two nights, but non-luminaries can also visit the Proving Ground cafe for traditional Norwegian music by the World Trombone Orchestra.

As festive fare goes, Proving Ground looks overpriced compared with traditional feasts. For just £20, however, the all-you-can-eat Christmas banquet service is a triumph.

For a more child-friendly approach, Proving Ground might offer a New Year’s Eve show with food and music, and lunch on New Year’s Day is at St Peter’s Hall, Swansea. More children’s shows are lined up in the run-up to Christmas.

• Proving Ground runs at Proving Ground, Swansea, until 16 November. Upcoming Christmas shows include the Abbey Theatre’s The Nutcracker at Pontnewydd from 5 to 30 December. For more information on all productions, call 033 2260 8400 or visit statetheatre.co.uk