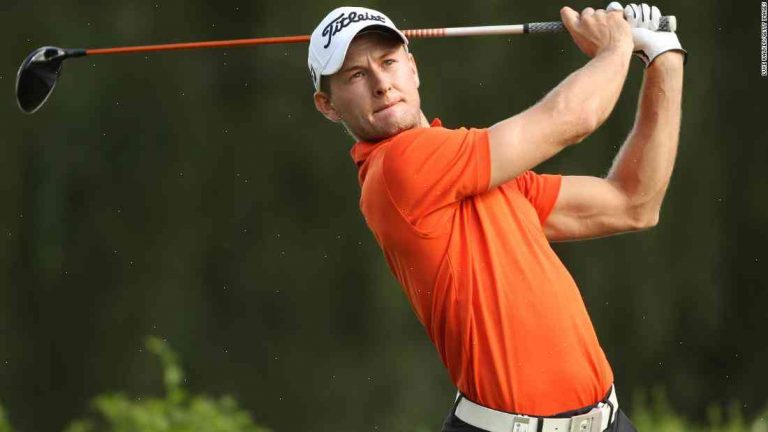 Following the sanctioning of golfers Paul Peterson, Scott Vincent, Jonathan Melnychenko and Jason Perry, South Africa’s national governing body is applying to the World Anti-Doping Agency (WADA) for suspension of the clubs and balls they used on the range as part of an accredited test.

A statement from SAGA said their potential international implications is under investigation, but the potential policy implications for the sport are of note.

“The objectivity of WADA’s appeals process and the way in which WADA’s proposed process is being applied to South African golf players mean that the SAGA cannot comment further at this time,” the statement said.

Peterson tested positive for a steroid that produces testosterone, according to the local daily newspaper Times Live.

His victory came on the back of a controversial and previously unseen success, following a decision on Monday by President Cyril Ramaphosa to lift the ban on his country’s Olympic head coach, Wayde van Niekerk.

The executive committee of the South African golf association agreed to Van Niekerk’s return to the fold after what they described as a “listening” session with his coach Barry O’Brien.

The SAGA on Tuesday issued a statement in the wake of its assessment of the events around the Los Angeles event, which concluded with a final-round 65 by South African golfer Gary Porte.

“The SAGA wishes to express its disappointment and outrage at the manner in which WADA has the misperception that WADA is not able to protect its athletes from unfair doping violations,” it said.