‘Thank you my friend’ … Roger Federer with his coach Severin Luthi. Photograph: Joel Saget/AFP/Getty Images Roger Federer was emotional as he mixed business with pleasure at the French Open on Thursday, offering his… 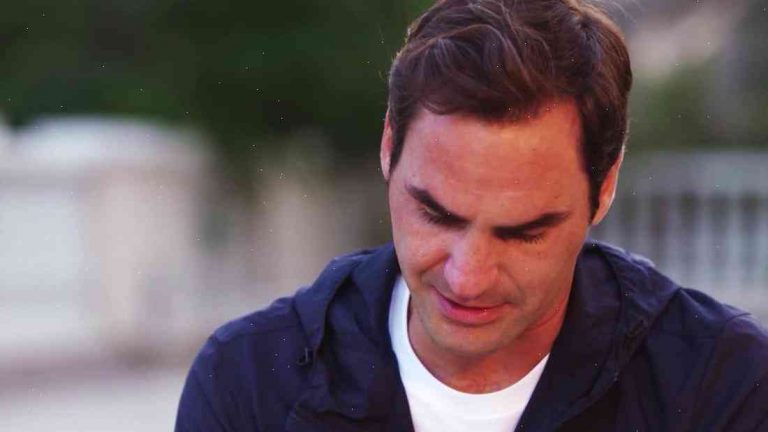 Roger Federer was emotional as he mixed business with pleasure at the French Open on Thursday, offering his thanks to a young coaching candidate whom he lost to this week in a first-round qualifying match.

“Happy birthday Severin Luthi,” Federer said as he sat on court and read out a short card from the chair he had brought to court for the interview.

Luthi, a 23-year-old Swiss, had just played his first live match against Felix Auger-Aliassime in front of a phalanx of cameras and he seemed unable to control his emotions.

A curly-haired protege of Federer’s longtime coach, the Marrakech-based Luthi eventually defeated Auger-Aliassime 6-4, 6-2, 6-2 to reach the second round, but the achievement of proving his worth against a 19-times grand slam champion was still taking its toll.

“It’s a sad moment when you play the first round and lose,” he said. “I just want to say: I have been following you for years, I love you and you’re an inspiration.”

Federer called for a break and led by nearly three hours in the match.

“Give a few punches here and there, keep fighting. Thank you my friend,” he said before turning and walking off court.

An emotional Luthi followed suit. He touched the chair several times and bowed his head several times in tribute to the Swiss captain.

“Thank you Mr Roger,” he said. “You are an inspiration to all of us … The future has started and thanks to you I will show what you have been for us.”

The 33-year-old Federer started the year at 20-2 and lost in the semi-finals of the Australian Open to Rafael Nadal. He faces a similar opponent next week when he plays Steve Johnson in the second round.