(CNN) — On a Thursday afternoon in December 2014, Amal Alzhir al-Safi stood in front of her now boarded-up home in Mississauga, Ontario. After three years of defying the odds of living in a… 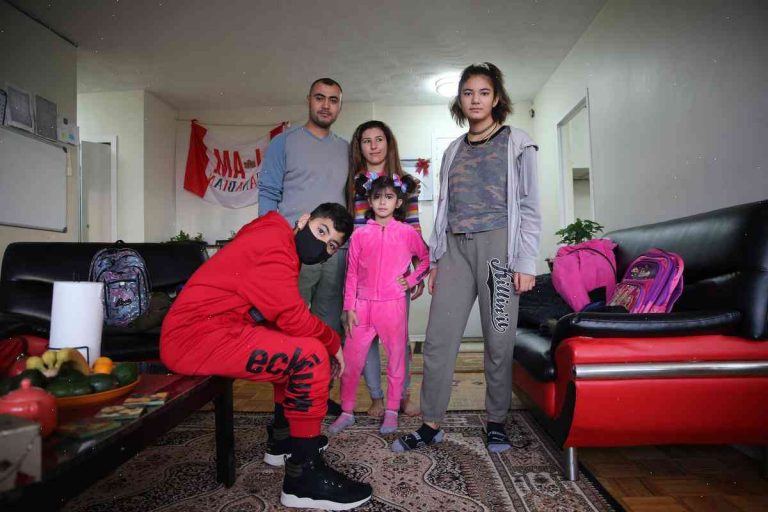 On a Thursday afternoon in December 2014, Amal Alzhir al-Safi stood in front of her now boarded-up home in Mississauga, Ontario. After three years of defying the odds of living in a country of 15 million people, it was time for her to pack up and head home to Syria.

Tears streamed down her face as she sat next to her 18-year-old daughter Zainab. Zainab’s 31-year-old sister Amina was also packing up. The family lived together in Mississauga since January 2011, when Amal decided to give Canada a chance, rather than stay in the Middle East.

Now the family, including Amal’s three other children, Amina, Zainab and 20-year-old twins Khaled and Ayaa, had to flee their home. They tried to take the only car Amina owned, but the corner store where they tried to hire it out to people kept refusing her. They decided to travel on the side of the road to a nearby gas station, Amal’s brother Hussein told CNN.

The gas station owner said the family would not be allowed in, so the family wound up driving around in Amina’s car all day, Hussein said. The next day, Amal took a taxi to Lebanon’s capital, Beirut, where they spent the night. Hussein and Amina arrived a few hours later in Lebanon.

This summer, Amina was deported after being detained for three days in the United States, her uncle said.

But the hardships didn’t end there.

Last month, the family learned Amina, Zainab and her four-year-old son died in the Syrian city of Aleppo.

Amina, a freelance photographer and writer, was killed when a rebel group bombed her house. The attack was the seventh in Aleppo in August, a city that’s been under fire since late 2012, the United Nations says.

“When it happened to Amina … it just made me feel sick,” Hussein said. “It’s so cold in Syria. The borders are closed. A person living there, it’s hard to feel safe. I just felt sick.”

Amina’s death came just one week after the rest of the family landed safely in Canada. Shortly after, she was deported, her uncle said. A couple of months later, Amal had left the country.

In 2015, Hussein and his wife visited Canada to get their visas. Hussein said a visa officer accused his family of being refugees from Muslim countries and didn’t even want them to stay for a few hours.

“We couldn’t even sleep at night,” Hussein said. “We were on a plane and we were thinking, we’re going to a beautiful country but they don’t feel safe.”

A year later, in September 2016, Hussein came to Canada with his family, but his wife and children didn’t meet up with him.

“We just lost touch. That was the worst moment,” Hussein said. “I just wanted to be with my family, with my wife. It was so hard.”

Since Hussein and his family’s arrival in Canada, Hussein said he’s been trying to get his sister a new family. He’s also working with Citizenship and Immigration Canada to get Amal a place to live and a job.

“All we want now is to provide her with a better life,” Hussein said. “We just want her to be able to live on her own. She has her own home now, she’s able to live alone and that’s everything.

“She’s a good mom, she helps the kids. Every day she goes to school and help the kids and feed them,” he said. “She’s like me and my children. She’s the same as I am and my wife. I want to give her a better life.”

(This story has been updated.)

Fear factor in a pandemic panic: 20 years of reaction to the World Health Organisation warning on infectious diseases

US BECOMES ONLY THIRD COUNTRY IN THE WORLD WITH NO UNEMPLOYMENT