Celebrated standup comedian told audience of 10,000 at the Edinburgh festival that he is down to his last $10 Mel Brooks had one of his two surviving close friends speak up on stage at… 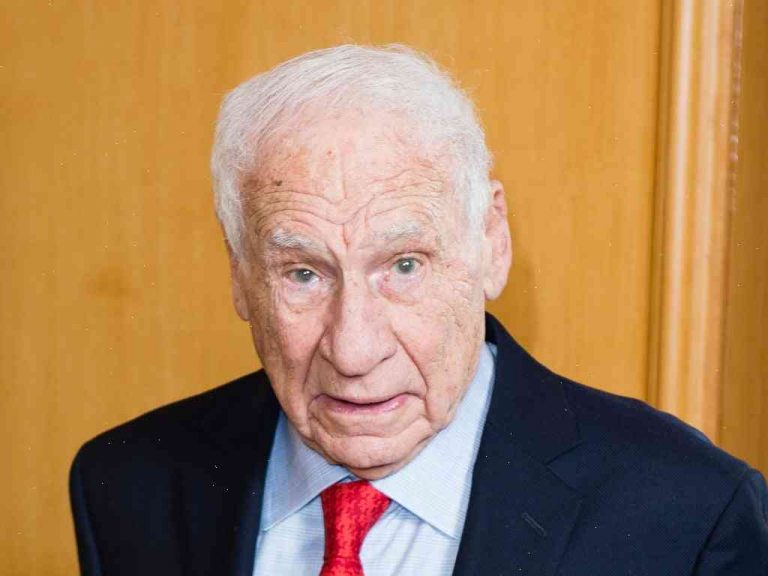 Celebrated standup comedian told audience of 10,000 at the Edinburgh festival that he is down to his last $10

Mel Brooks had one of his two surviving close friends speak up on stage at the Edinburgh festival to ask for donations following his pal’s death. Frank Pierson, the late producer of The Producers and City Lights, died on Saturday at the age of 95. Brooks shared the news with a number of comedy fans at the festival on Sunday.

Mel Brooks: ‘Movies aren’t what they used to be’ Read more

“So it is with great sadness that I must say, that two of the most treasured comrades of mine, who were a significant part of my life, have passed away,” said Brooks in the second of two shows he performed at the festival on Sunday. “They were best friends, spent a lot of time together … and for that we are both a little choked.”

The “two of us” were Pierson and Brooks’s producer wife, Anne Bancroft, who died of cancer in 2014.

Pierson was a figure of New York comedy who launched the careers of Brooks and Bancroft during the 1950s. Brooks described his friend as “the finest of men” who had “seen himself as a theatre director and thought that was a worthy accomplishment.” Brooks recalled that he and Pierson had “a bond that was stronger than friendship … He took me under his wing. I was very fortunate to have had him in my life. I felt good talking to him.”

“You can’t explain what it is like to have two great friends die,” Brooks said, before introducing his wife. “And, by the way, Anne Bancroft said she will be here … And I’m going to ask if you will think of me … Anne and Frank … Frank said it was like losing a long-lost son. It was true. Anne and Frank are like brothers to me.”

At the outset of the second act, Brooks called on Bancroft to make a short statement to an audience of about 10,000 gathered at the festival. “And let me start by saying how much I loved working with Frank. He was a dear friend and was the best producer I’ve ever worked with. I’m very proud of the film that he made.”

Before breaking into a slow, melancholy rendition of the song If You’re Not in the Obituary Papers, Bancroft described her friend as “the most generous man I’ve ever known,” adding: “He had his shortcomings. I think most everyone has their liabilities, but the good ones you don’t look at.”

Brooks said he was upset to find out on Saturday evening that one of his friends had died, but he continued with the show, adding: “When the news of Frank’s death came in I felt like crying. I couldn’t help it. I found out as the show was starting. I didn’t know it at the time but he did pass away. But today he’s here with us.”

“It’s hard to keep going,” Brooks said before the conclusion of the show. “It’s not easy. But don’t worry we’re here.”

Why was a Leipzig game called off?