Photo Israeli Prime Minister Benjamin Netanyahu urged a hard line against Iran at nuclear talks, pressing for tougher sanctions and even a nuclear-weapons embargo, according to a meeting transcript posted by the Israeli government…. 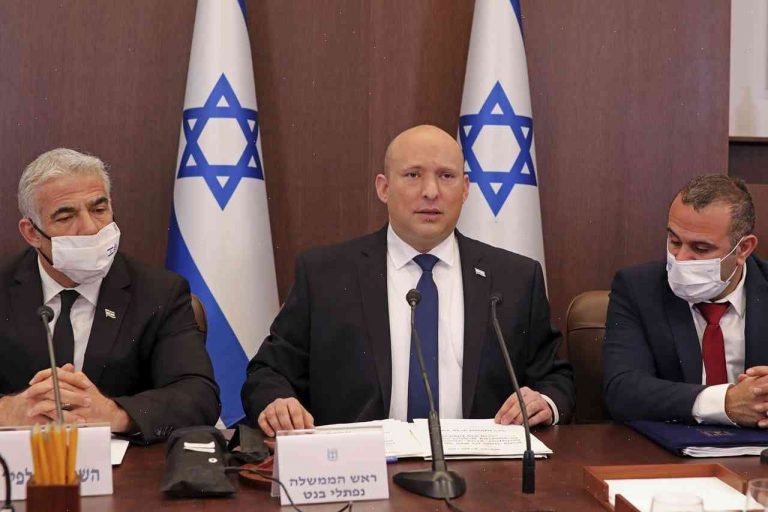 Israeli Prime Minister Benjamin Netanyahu urged a hard line against Iran at nuclear talks, pressing for tougher sanctions and even a nuclear-weapons embargo, according to a meeting transcript posted by the Israeli government.

The United States and major European allies face an uphill battle to agree to the strong action Mr. Netanyahu called for, amid concerns that it could drive up the price of oil and deepen turmoil in the Middle East.

Mr. Netanyahu said that his effort to “enforce tougher financial sanctions against Iran” had succeeded in convincing the European Union to ban fuel imports to Iran from July 1.

In late 2012, the European Union announced a similar plan to stop importing Iranian crude from July 1, but a legal dispute between its members delayed it, with EU members arguing that the deal violated the bloc’s rules about independent national policies.

Mr. Netanyahu presented a brief summary of his meeting with President Trump on Thursday in Washington, including that he told the American leader about “a real movement toward stiffer sanctions, greater rigor in Iran’s agreement with world powers and the need to fix the agreement’s flaws.”

Mr. Netanyahu also noted that Iran continues to test ballistic missiles, in violation of an agreement it signed with world powers.

On Saturday, Mr. Netanyahu spoke by phone with Defense Minister Avigdor Lieberman and told him of his decision to push for stronger sanctions, said the Israeli government, which posted the transcript of the two leaders’ telephone conversation.

Mr. Netanyahu is expected to travel to the United States for the expected opening of the U.S. Embassy in Jerusalem on Monday. Last week, in the strongest statements of support by Western leaders in decades, Secretary of State Rex Tillerson urged Israel not to make a grand gesture to Tehran during Mr. Trump’s first visit as president.

A Millennial Shares Her Roots and American Values