These images were posted on Facebook earlier today by Kabul’s Emergency Relief Centre. They show a group of aid workers from the organization operating in the days after the country’s biggest sports festival, held… 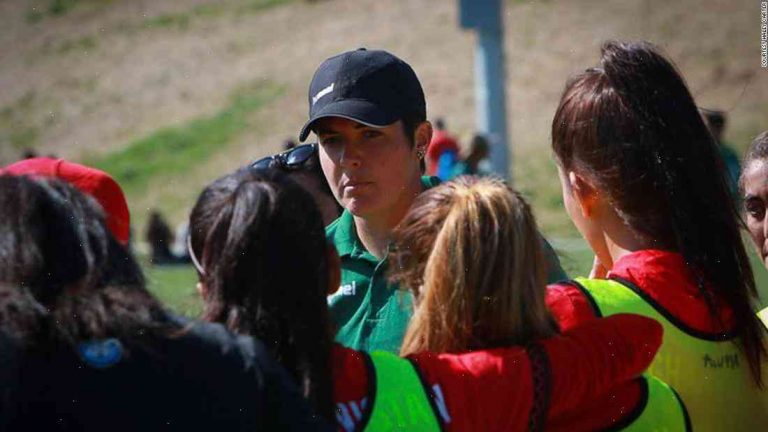 These images were posted on Facebook earlier today by Kabul’s Emergency Relief Centre. They show a group of aid workers from the organization operating in the days after the country’s biggest sports festival, held in the summer of 2017. Some of the Afghans working at the emergency center had only seen Kabul for the first time, while others had not even seen their home country for a decade, and felt too intimidated to return to their city. “Despite their youth, they felt exposed,” said Aidan Masters, director of communications for Emergency. “Many of them were afraid of the threat of kidnapping, death threats and extortion as they left their families behind.”

The internal Relief Centre report highlights the dire situation facing Afghan sports and civil society organizations, with groups intimidated by the Taliban, whose hostile tactics have made life for civil society more difficult. It also includes the heroism of the 86 people and sports officials who fled the country after the Taliban made victory their number one priority and accused them of treason for holding a successful, multi-sport festival. One month after the event, the athletes and officials faced a desperate choice: stay in Kabul and face a violent death, or leave the country to live somewhere safer.

They passed through the war-ravaged city of Jalalabad in Nangarhar Province, but they also tried to keep their identities hidden. The refugees that Human Rights Watch recently interviewed there explained how they initially encountered threats from Taliban militants, but were reassured by intelligence officials who assured them that their identities would not be revealed. A few days later, however, an elderly man who said he was from Jalalabad City raised the alarm to the village elders that an Afghan official had been kidnapped and killed, and said that they should inform the police and look out for anyone suspicious. He shared his coordinates, and that person was eventually found shot dead by unidentified assailants.

Pilot Shahrukh Afridi, a member of the Afghan parliament, was kidnapped by a group of Taliban militants and later killed. He had attended the Kabul International Festival as a representative of the cultural community. Many of the refugees returning to Kabul ended up being afraid to return home and often preferred to live in their refugee camps in central Khyber Pakhtunkhwa province.

The Taliban claim to have kidnapped 86 Afghans and carried out violence against the sports officials and athletes who returned to Kabul after the festival, Human Rights Watch found. While Human Rights Watch has not been able to confirm the exact numbers of Taliban who kidnapped the victims, the organization says that the number could well be much higher. The Taliban claim not to have kidnapped the foreigners and has not made clear if they would release any of them. Human Rights Watch, however, has received confirmation from three regional officials in Nangarhar that the Taliban carried out the kidnapping of the 46 individuals.

Human Rights Watch examined the files of those who were held, including personal histories, and conducted interviews with people who knew the victims. “Many of the victims said they initially wanted to stay in Kabul but were worried about living in the capital,” said Philippe Bolopion, the director of Human Rights Watch’s emergencies division. “What happened to them shows how deep the Taliban threat has spread and how some people are so afraid that they flee rather than try to go back home.”

The power of the sports festival in Afghanistan cannot be underestimated, according to Human Rights Watch. For sports to be culturally relevant, it must reflect reality and that means being inclusive of everyone and defying intolerance. And Afghan sport has proven to be a rare example of success among minority groups in Afghanistan. The grand mufti of Afghanistan, Mohammed Sayed Khawaja, a respected religious figure, hosted a prize-giving ceremony for the winners of the Kabul International Festival.

“This festival must be remembered,” said Khawaja, on his website. “It was a historic event in Afghan history.”

Also joining in the celebration were refugee kids, who joined in and played volleyball with local children. Two organizations — the Afghan Interior Ministry and Emergency Relief Centre — recently kicked off a campaign called “Embrace Sport for Change” to promote sport as a platform for social change in Kabul.