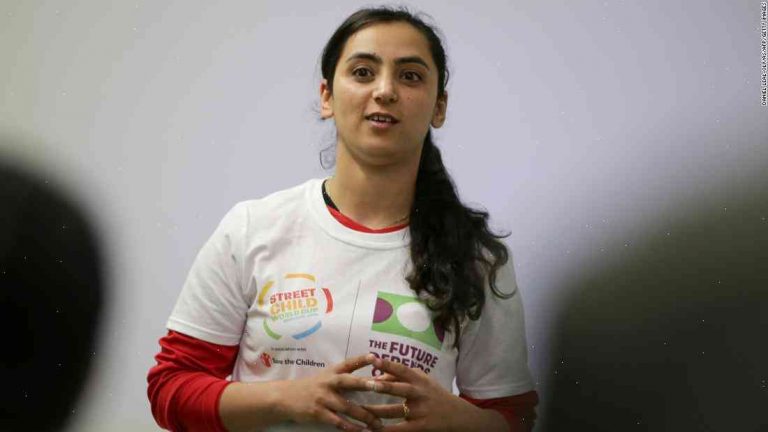 A former football captain at Afghanistan’s national team has spoken out about her country’s recent fall to the Taliban and her hopes for the future.

Khalida Popal spoke to the Guardian about her country’s descent into war under the Taliban’s rule and her hopes for Afghanistan’s future.

Popal was a top player in the Afghan Football Association for more than a decade, captaining the national team in 2003, until she was fired by the Afghan FA. She says her experiences of leading her country at senior level are now part of the history of her sport.

It is this knowledge which fuels Popal’s hopes that the new Afghan football league can succeed in inspiring a new generation of Afghanistan’s footballers. “I was player for many years. I know the boys, I know the players. It’s very difficult for me to be quiet but I feel very disappointed that we started to play football for something other than to keep ourselves healthy and avoid injuries,” she said.

The 68-year-old footballer is now working with an organisation dedicated to improving the lives of children in Afghanistan and hopes that her experiences are also becoming part of the history of her sport. “I think these mistakes in the history of football are important for the history of football and I am trying to change that. That’s why I am representing the players, and also to keep memories alive and to keep the positive memory of the beginning of the game. To push forward the game in Afghanistan,” she added.

Vet HERSELF With: Africa’s First Lady Of Entrepreneurship