When I spoke to Jeremy Corbyn on Sunday, I took with me a small list of other journalists seeking to put a spark of dynamism and vitality into this ordinarily stolid and imperious institution… 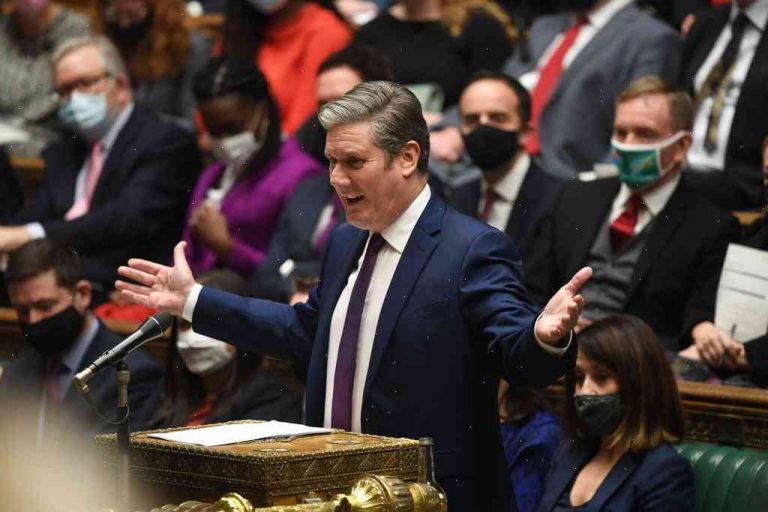 When I spoke to Jeremy Corbyn on Sunday, I took with me a small list of other journalists seeking to put a spark of dynamism and vitality into this ordinarily stolid and imperious institution — and whom he seemed to want to give as many time and space as possible.

I thought the interview of Corbyn would be on TV from Northamptonshire, not from Streatham, where another journalist, Keir Starmer, has shown remarkable charisma and zeal.

Mayfair, we duly arranged, and Corbyn burst into the room and beamed happily as Starmer ate red meat, said “the national camera was bigger than the local camera” and was mid-sentence when, out of the corner of my eye, I spotted a woman go veal-calf.

In a certain light, the story was vintage Corbyn. There was the youthful man next to the grizzled grey-bearded man; there was the ubiquitous pose of cutting cigarette smoke with the right hand, black bar to mouth, straight nose, high cheekbones, and hands often pressed against the side of the head; and then there was the whorls of greying hair and shades that said, essentially, “it’s raining now, but I’m having a good time, now so am I”.

There was little reason to think that Labour would be in its current state if not for Corbyn: he too has come to represent the mainstream of the party and now has the support of many women and people of colour too. Indeed, Starmer could almost be mistaken for a Corbyn lookalike in a corporate set: he is a brooding conservative and heir to the Thatcherite work ethic, who balances blackish-brown hair and beard with tailored suits and, the members at the table on Monday’s lunchtime really seem to love, working boots.

Starmer, meanwhile, was the original Corbyn, the Corbyn-lite, no longer, and in all ways different.

In Brexit Britain, he was, for the foreseeable future, in a class by himself — an odd proposition for a politician of centrist and right-wing instincts, and, given the manner in which this entire campaign ended, it seems astonishingly unlikely that Corbyn will ever end up with a politician’s party, let alone an expansive one.

If that was not enough, the other tallender out of the gate this week in Starmer’s attempt to derail the Brexit option, Theresa May, is fading fast into irrelevance.

It seemed difficult that there could be another Cabinet reshuffle, on the parliamentary side, where as for a couple of weeks I was not left to wonder why there was so much drama and so little policy, when the media likes to see it, anyway.

But no one expected a standing ovation from Monday’s meeting of the 1922 Committee, just like no one expected the weekend to start with reports that Britain’s prime minister was considering toppling herself on Monday.

I do not expect Brexit to go anywhere but it’s, in my experience, impossible not to be cautious in politics, and Starmer is an incredibly competent man, and even better, he is a national figure who has policy-wonk appeal and just wants, at last, some political momentum.

So while the first sign that the Labour leader is taking stock and defending the message is to play down the leadership aspect of the weeks ahead — it should be held over the heads of the vast majority of left-wing Labour voters — it is evident that the party is moving steadily towards May, its best weapon now being May’s dominance of the Conservative Party.

The problem is that she is squandering a tremendous opportunity, and her lieutenants are running down the clock.

Whether that’s not allowing the Tories to teeter and wobble, before rallying in November to save her government from a disastrous Brexit — or whether it’s actually failing to do so, just as a brutal stream of scandals from the Cabinet — is open to debate.

But all options are subject to question now, and May’s only salvation, as ever, is to make up her mind about this.

Starmer, meanwhile, is declaring that the chance of a second referendum is dead, which is utterly astounding news and impossible to square with the big panics over Wales, Birmingham and the rest, which remain confined to the middle-left Labour Party.

We are inching closer and closer to the moment where Starmer — who aspires to a government only slightly fiercer than May’s — might, and I mean might, and I don�