Italy’s 2015 MotoGP world champion Pietro Fittipaldi, and rider Pecco Bagnaia face-off at Laguna Seca. Their Reddit AMA is here. It’s been a very exciting and very exciting time to come to the United… 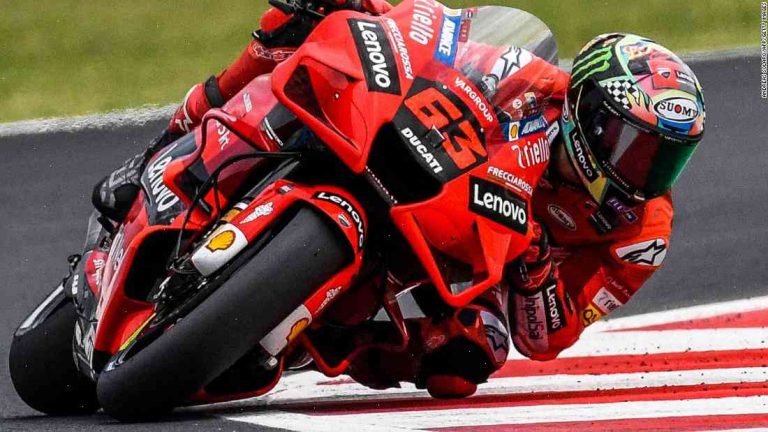 It’s been a very exciting and very exciting time to come to the United States this season. With racing ending this weekend, we are really thrilled to finally see the fruits of our labor pay off in the United States. We’ve seen steady growth in the States over the last ten years so our expectations were very high for this season and we feel very satisfied with our year thus far.

I’m grateful to Pecco for having the time to come down and hang with us. In all the years I’ve known Pecco, he always has been respectful, positive and always positive about staying in the U.S. It just seemed like a natural place for him to be as well. I have great respect for the respect and the positivity that Pecco brought with him to the States this season.

What have you taken away from your U.S. adventures?

It’s been an incredible experience to have Pecco and myself together throughout the entire series. In the first couple of months of the season we got to meet a lot of people and get to know the vibe of the scene in the United States, as well as its trends and whereabouts. I have learned a lot just from being around so many different people, and that most importantly, is the passion Americans have for their race series.

It’s been an amazing campaign for us, we haven’t had any setbacks and Pecco has already built a lot of great memories in the States as he transitions from the GP1 category to the GP2 category. Our GP2 form is only getting better and better. We are equally matched with the other riders that we are facing as it goes into this final race. It’s difficult to find great drivers in the four classifications this season, there are more than a dozen top riders, it seems that not one, but two boys are going to be standing up with both flying cars.

Have you made any American friends along the way?

I have made many good friends throughout the years and it’s great to have them with us this weekend. Like most drivers, I really want the American fans to enjoy a great battle and finish the season strong.

What are your thoughts on MotoGP fighting in California?

I like racing in any state that is in the United States, it’s nice to know that there is such a dedicated and passionate fan base there. I hope that we can create the spectacle that the fans have been missing since the IndyCar Series left them last year.

What are your thoughts on today’s new rules and regulations and how you plan to take advantage of them?

In the last couple of years the world series has been sorting themselves out and taking on the formats that the fans want. I think it’s great to see a fast, exciting, and vibrant series that rewards participation and innovation. When I first joined the GP2 circuit I didn’t know any rules, I really just wanted to enjoy and let the fans enjoy a motor sport that was growing up around me. This year our GP2 is better in a lot of ways and we do our part to make sure that the fans see the best of our class and all those that are part of it.

What is your opinion on MotoGP having more intra-car races in the USA?

I’m 100% for more in-race racing for the drivers and fans. In a way it’s better to race with the same opponents every single time as well as to get some life in the bike and just to have a great atmosphere.

When you’re not racing, what do you like to do?

When I’m not racing, I love working on the bike, and being a rider. It is my greatest joy in life. And I love to travel as well.

Need to get your kids vaccinated? Find out if you’ll get reimbursed

What happens when your bosses take a vacation?