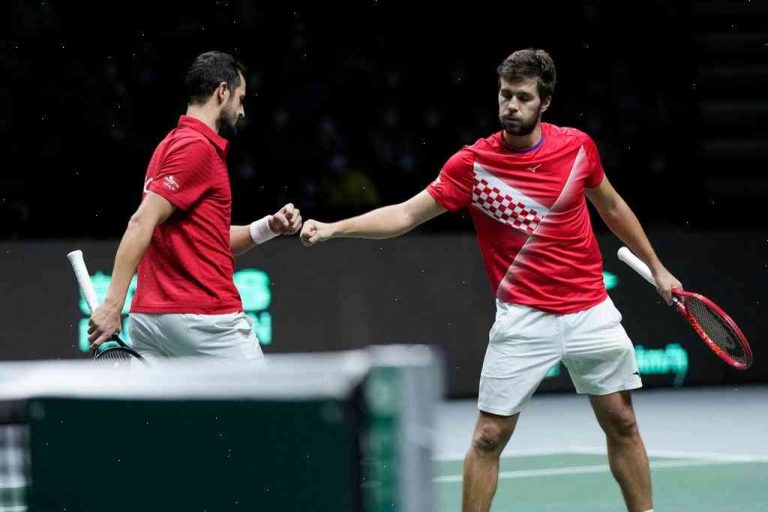 Serbia’s hopes of reaching the Davis Cup final suffered a major blow when they were beaten 2-1 by Croatia in the semi-finals.

World number one Novak Djokovic was beaten by Borna Coric in the quarter-finals of the Cincinnati Masters, prompting a huge roar from the Croat fans in Rijeka.

Croatia are aiming to become the first nation to win the Davis Cup without any of their top-four players.

Croatia’s Marin Cilic, the world number five, made an inspired start to the semi-final as he beat Janko Tipsarevic 6-4 6-4 6-2 in Friday’s opener.

“It was one of those days where I lost my rhythm, especially at the beginning,” said Djokovic.

“The confidence is there. It was just a match that did not go our way. I made too many mistakes. But I know that I can win in front of big crowds. I will prepare myself to play for another week.”

Croatia captain Zeljko Krajan said: “He is the kind of player that can put these losses behind him.

“He is a winner and this is not going to stop him from winning the US Open in the next few weeks.”

Defending champions Belgium have also sealed their place in the World Group semi-finals.

They beat Croatia 3-2 (tie level at 2-2 going into the final day), overcoming Marin Cilic, the world number six, who won his doubles match against Steve Darcis and Ruben Bemelmans.

Belgium will meet either United States or France in next month’s semi-finals, with the Americans winning their semi-final 2-1 in Lille on Friday and the French taking a 2-0 lead against Colombia in Roissy-en-France.

Belgium can now look forward to a meeting with either Croatia or France in September, with their last-four ties yet to be decided.