Nigeria’s Minister of Budget and National Planning, Udoma Udo Udoma, on Friday threatened CNN with sanctions, “up to the level of permanent forfeiture of government properties”, after the network presented the findings of an… 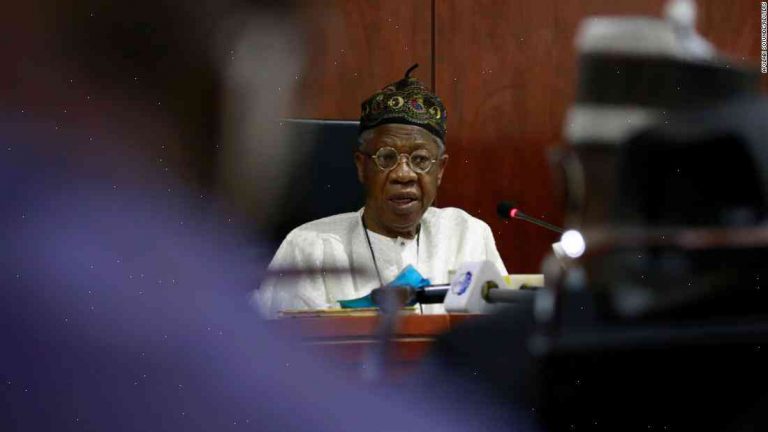 Nigeria’s Minister of Budget and National Planning, Udoma Udo Udoma, on Friday threatened CNN with sanctions, “up to the level of permanent forfeiture of government properties”, after the network presented the findings of an investigation it conducted into a toll gate structure at the Lekki Free Trade Zone owned by the Lekki Group of Companies in Lagos, Nigeria.

CNN’s investigation – “Nigeria’s Power Gap” – highlighted some of the concerns raised by Nigerians about corruption and security threats at the toll gate in Lagos. The report contained criticism of Nigeria’s information sector, describing how well-meaning citizens were misled in providing information to the public about the Lekki Toll Gate, having fallen for PR statements made by officials of the Lekki Group of Companies. A war of words between CNN’s Africa Editor John Defterios and two DSS officials later erupted.

Udoma accused CNN of “nudging information” from their sources to feed Nigerians with false information to support CNN’s anti-corruption campaign. The minister claimed that CNN’s headlines were “incorrect” and that the investigation provided no new information.

On Tuesday, Udoma’s deputy, Mr. Benjamin Akabueze, rejected CNN’s report as “an absolute lie” and stated that the department of information had investigated the allegations and found that the DSS complaints were “riddled with falsehood.”

On Thursday, CNN disputed those allegations, writing that the details of the report showed that the investigation had been compromised and that CNN had not shown any inaccuracies. CNN also stated that it had waited days after publishing the investigation to challenge the claims by the Ministry of Budget and National Planning, because of the urgent need to interview the minister on the matter.

Despite the refutations, the Information Ministry continued to press CNN for explanations. CNN reiterated that the ministry had declined to respond to its requests for clarification but that the investigation provided no new evidence and it stood by its report. The Ministry persisted, as cited by the minister, claiming that CNN’s story was “wrong” and “obviously an agenda.”

But the Ministry of Budget and National Planning failed to provide any evidence or rationale for the claims by Udoma and Akabueze. Akabueze responded to a letter from CNN’s Executive Editor in New York in which he again stated that “we stand by the facts of our story” and that the investigation gave “no new information” to back up the ministry’s claims. CNN specifically took issue with claims that CNN reported “inaccurate facts” and that CNN had pursued its investigation with a “partisan purpose”. CNN strongly denied these assertions and stated that Udoma’s attacks on the integrity of CNN reporters around the world were “outrageous” and that “we have no particular interest in publishing a news story on Nigeria.” CNN called on the Ministry of Budget and National Planning to resolve its dispute with CNN and to cease its attacks on the journalists and network. CNN also reiterated that it would continue to stand by the investigation, call on the Nigerian government to address the problems described, and investigate the DSS complaints.